On the very lovely Pentecost weekend, it was time for a family trip to the UK. After a stop in Guildford, where I’ll be moving in less than a month, we headed to the New Forest.

For non-UK readers, the New Forest is no ordinary forest. In fact, it’s not even only a forest. Covering about 570 km², this national park is located in the South of England, near Southampton. It comprises remnants of the primary forest that once covered the South of Britain, as well as heathland and pastures. It’s also a popular tourist place, with attractions such as the Reptile centre or Beaulieu Motor Museum.
A little link for everyone : http://www.newforestnpa.gov.uk/visiting

Staying for the night in the picturesque village of Lyndhurst, we tried at first to find the typical heathland-and-ponies landscape, and got a bit lost. But it was a lucky miss, because we discovered a gem hidden deep in the forest : the Blackwater Arboretum. Created in the middle of the XIXth century, it displays trees from all over the world. Here, one of the tall trees (an exotic gumtree, Eucalyptus sp.), and a view of the arboretum with Common Bracken (Pteridium aquilinum) on the ground.

Beneath the tall Douglas Firs and the giant Redwoods lies a heath vegetation : the blooming Yellow Azalea, Rhododendron luteum (it’s actually an invasive coming from Eastern Europe, which has conquered British heathlands) and little red bells…yes, these are the flowers of the native bilberry/whortleberry (Vaccinium myrtillus). The delicious fruits are coming about a month later 😉 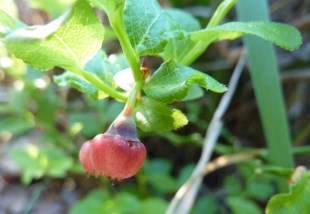 In an small clearing, and despite the wind gusts, I managed to snap some other beauties like the Heath Bedstraw, Galium saxatile (which, unlike his cousin Cleavers does not stick!) and the whitish flowers of Melampyrum pratense (the Common Cow-wheat) Like the bilberry, this is an AWI. Wait…what? An AWI is an Ancient Woodland Indicator, aka a species that is more common in older-than-average woodlands. Those species are usually shade-tolerant, they can live in poor soils and they have a very weak seed dispersion, so they tend to thrive in stable conditions. 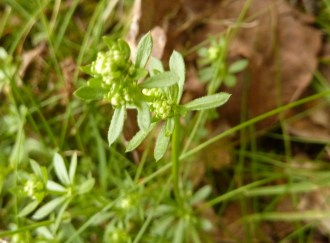 On the woodland margin, it’s also the blooming time of the Common Foxgloves, the majestic Digitalis purpurea. Beautiful plant, although all parts are heavily toxic : digitoxin, its active compound can cause cardiac arrest. Don’t play with that one! 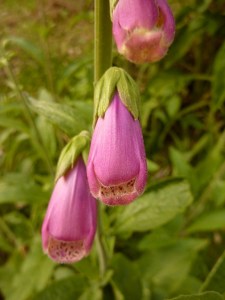 Leaving the arboretum, we followed a striking road called the Rhinefield Ornamental Drive winding through pine trees and rhododendrons, and then…we nearly got run over by a prehistoric looking cattle (probably a Highlands), we were greeted by the wild ponies and their foals and we spotted long-eared cuties! What an adventure 😉 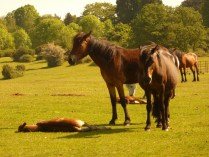 As you can see, the heathland offers breathtaking scenes, especially at sunset. 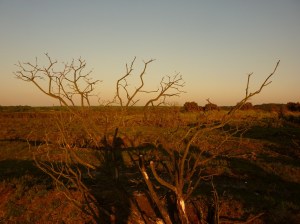 Damn, slow worms do like me! As we headed back to the car, my father and my fiancé pointed something lying in the sand. Basking in the late afternoon sun was a small female slow worm (this time, I’m pretty sure it’s a female because of the thin line on her back). Two videos for those who never got the chance to see one : it really does move and look like a snake, and the tongue is impressive! Enjoy 😉