I have been ignoring the blog lately, but I think it is now time to finish my little Vietnamese adventure tales.
After a night on the boat in Lan Ha Bay, we stopped the next morning on Cat Ba island to visit the 160 km² National Park.

We opted for the walking option, which gently followed a concrete path before reaching the borders of the park:

The flora along the way is diverse, from large gingers (Hedychium sp.) to palm trees, cacti (Hylocereus undatus, which bears dragonfruits/pithayas), and shrubs such as the hemp relative Trema orientalis : 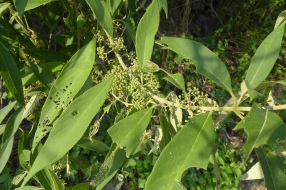 After a few minutes, we reach a small lake with rocky banks. Among the grasses I spot a distant, trailing cousin of acanthus, Dicliptera sp., and the ubiquitous weed Malvastrum coromandelianum. 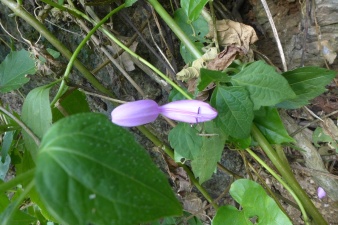 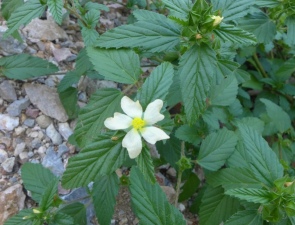 The path gets shadier, with larger trees, and a succession of rocky tunnels. On the roadside,  there are palms, ferns, big Alocasia, and we are walking to the sound of crickets:

Then, suddenly, the landscape turns to mangrove forest: 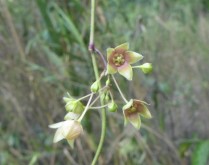 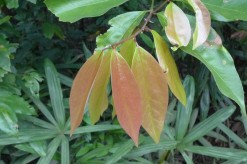 After a couple of miles of climb, there is a noticeable change of flora to hill plants. One of the most striking features is young pinkish leaves on many of the roadside shrubs and trees. The coloration is mainly due to the presence of anthocyanins pigments, which are thought to act as a natural sunscreen, protecting the leaves from high sun levels in clearings or forest edges. They could also prevent the leaves from being eaten by animals. 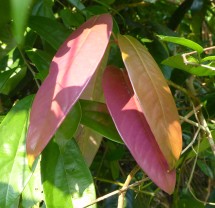 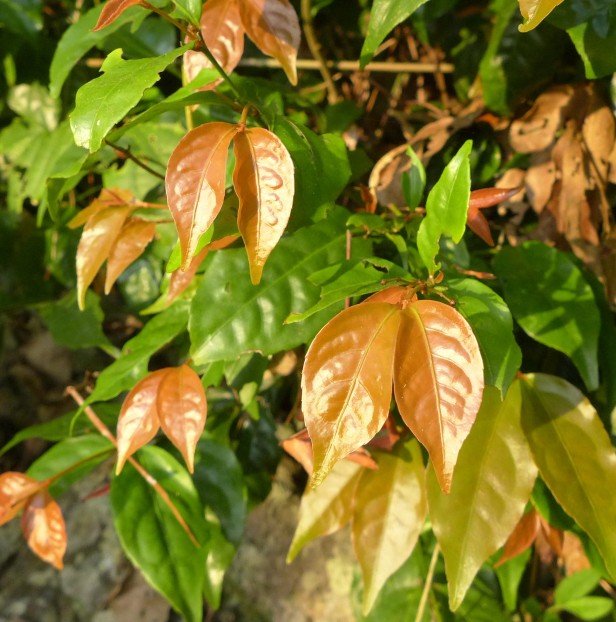 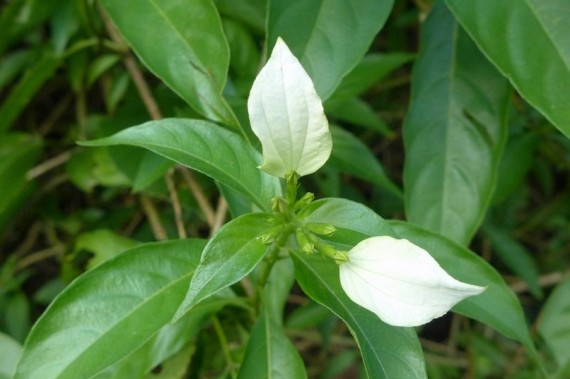 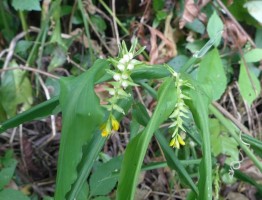 And some beautiful ferns, such as a climbing fern (Lygodium sp.). In this genus, the edges of the leaves are lined with sporangia, the structure in which reproductive spores are formed. It is also one of the only genus of ferns that can twine around other stems. 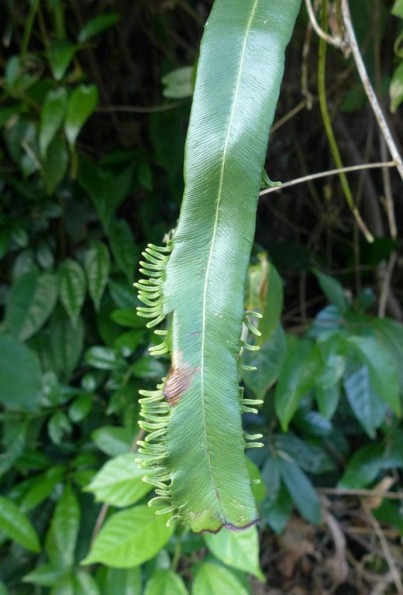 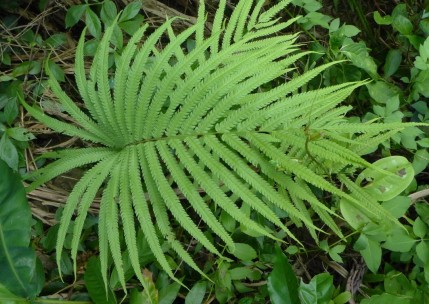 But the most impressive encounters in the park were the insects. Stick insects (two species in photo here, the spiny Neohirasea maerens and the very large Ramulus sp.) could be seen  on almost every branch of every trees. There were countless of butterflies, like the colourful Punchinello (Zemeros flegyas), and intriguing leaf-mimicking katydids: 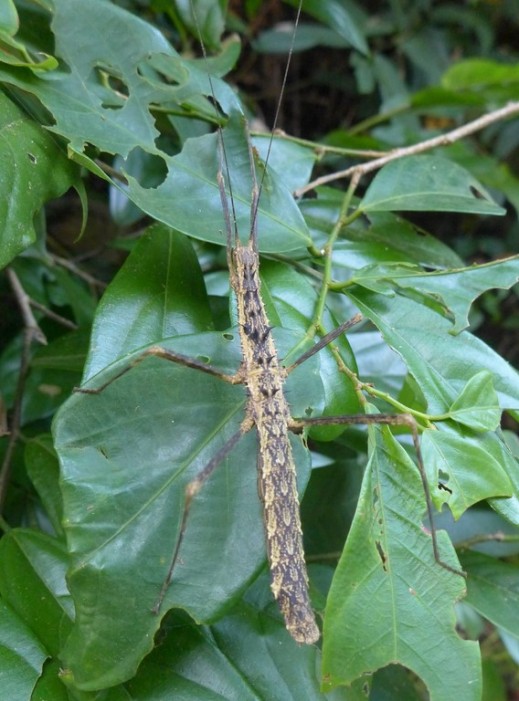 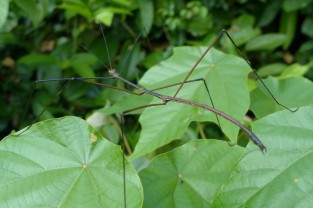