If you’ve spent five minutes reading the news yesterday, you have probably been unable to escape stories about the mysterious “Blue Monday“.
“Blue Monday” is a rather poetic name given to the third Monday in January, deemed to be “the most depressing day of the year”. This claim is supported by a range of serious-looking equations, such as:

If you’ve started wondering how to calculate your motivational level, don’t bother! “Blue Monday” was created by a travel company in 2005, with the aim of getting people to book holidays. It has turned into a annual pseudo-event, with companies using the hashtag #Bluemonday on social media as a way of attracting our supposedly-depressed souls.
So instead of falling into the trap, buying holidays to blue-skied places and eating comfort food, why not take some inspiration from the plant world?

Out of the world’s flora, it is estimated that less than 10% have blue flowers. There are famous examples in the European flora, such as the unmistakable bluebell (Hyacinthoides non-scripta) woodlands: 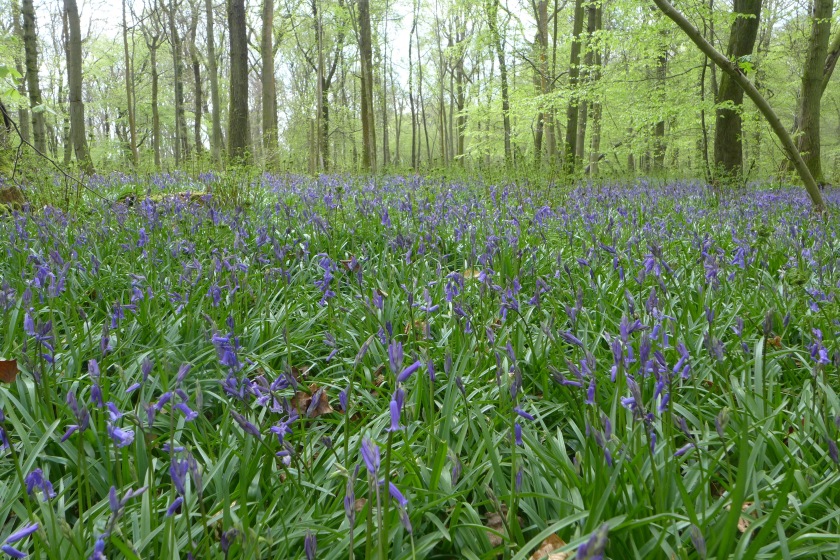 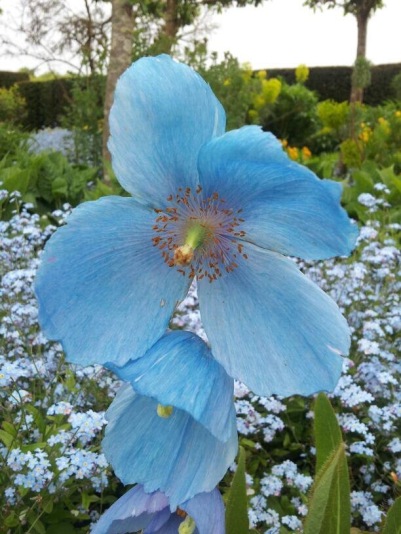 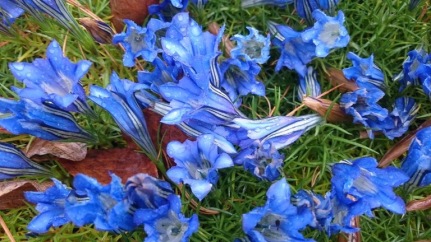 Flowers are known for their vast array of colours, which are due to two main classes of pigments: carotenoids (yellow & orange) and flavonoids (red, pink, purple). Interestingly though, there is no “blue” pigment in plants. Blue colour is brought by anthocyanins (a kind of flavonoid), combined with a specific range of pH and balance of ions. Under acidic pH, anthocyans will take a red colour, while they produce a blue tone in alkaline conditions.
Cyanidin was one of the first “blue” compound to be isolated from the humble cornflower (Centaurea cyanus). In this flower, the colour is actually made by a complex of cyanidin with iron, magnesium and calcium ions.

As blue is such a prized colour, it is no wonder many efforts have been made by horticulturists to bring blue into popular plant genera. This is usually done by dyeing (watering the plants with a coloured solution), such as with these moth orchids (Phalaenopsis):

In 1997, an Australian company called Florigene released GM blue carnations (Dianthus caryophyllus), the ‘Moon’ series. The blue colour is caused by delphinidin, an anthocyan isolated from petunias. Many more GM blue flowers have been produced since: Phalaenopsis orchids, roses or chrysanthemums.

Of course blue in plants is not restricted to flowers. A small selection of fruits: Psychotria from Mount Kinabalu, Borneo; Berberis darwinii; quetsche (a kind of plum growing in my orchard), and the striking blue berries of Dianella from Malaysia. 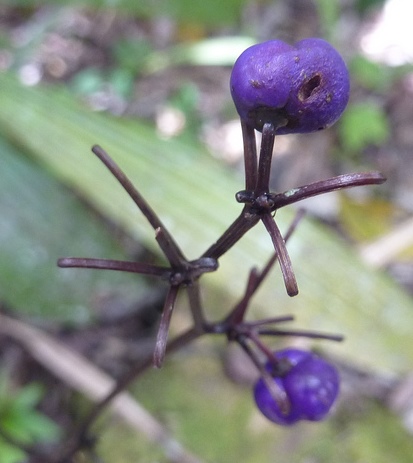 In a even more spectacular fashion, a few plants have blue coloured seeds. One of the most famous examples is the Traveller’s Palm, Ravenala madagascariensis (read more here), whose vivid blue seeds are dispersed by lemurs:

Finally, one can not mention blue in plants without talking about iridescence, this strange optical phenomenon which makes the foliage of certain plants appear blue. To read more about iridescence, have a look at one of my past blog posts, “When plants glow“. I’ll leave you with a picture of my two favourite blue plants, Selaginella wildenowii and Begonia pavonina (straight from my living room): 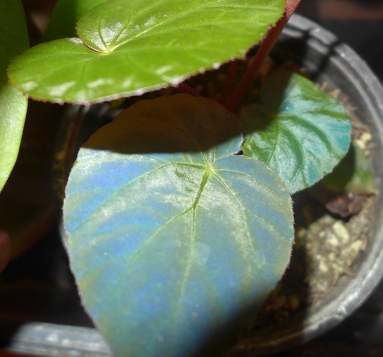