As hinted in my previous post (A day in Malaga), I had the wonderful opportunity to co-lead two weeks of nature tour in Andalucia, Southern Spain, last month for Naturetrek. Having painstakingly labelled my 1,143 pictures, I am keen to share a few here (there may be blue sky and colourful flowers involved, I am sorry…). To make it easier for those of you who are reading on tablets, I am going to split the pictures into a number of blog posts. I’ll post a summary at the end.

Disclaimer: I am also using this blog as a personal journal, so I apologise in advance if you get bored of Spanish plants and animals! You may have to put up with more in the next couple of months 😀

But first, a quick and dirty map to give you a better idea of the geography. The areas we visited are circled in black, and spread around the historic town of Ronda, roughly 100 km West of Málaga.

I am not going to follow the itinerary day by day as it happened, but if you’re interested, detailed reports and species checklist are posted on Naturetrek’s website (under “Tour downloads”). Interestingly, and perhaps a little worryingly, we had to reschedule the programme for the second week as many of the spring flowers such as daffodils and irises were going over…

Speaking of daffodils, I’ll start with a walk in the heart of the Sierra de Grazalema natural park. My guests being keen birders (as well as plant enthusiasts), it was hard not to stop along the road to look at a group of around 40 griffon vultures (vautour fauve for French friends) circling in the thermals above a cliff. With a wingspan of up to 2.8 m, they are impressive birds, especially in numbers. Having suffered with decline in the 20th century due to poisoning, the Spanish population is healthy again, thanks to the establishment of feeding stations (as carrion eaters, vultures are fed with dead livestock animals). 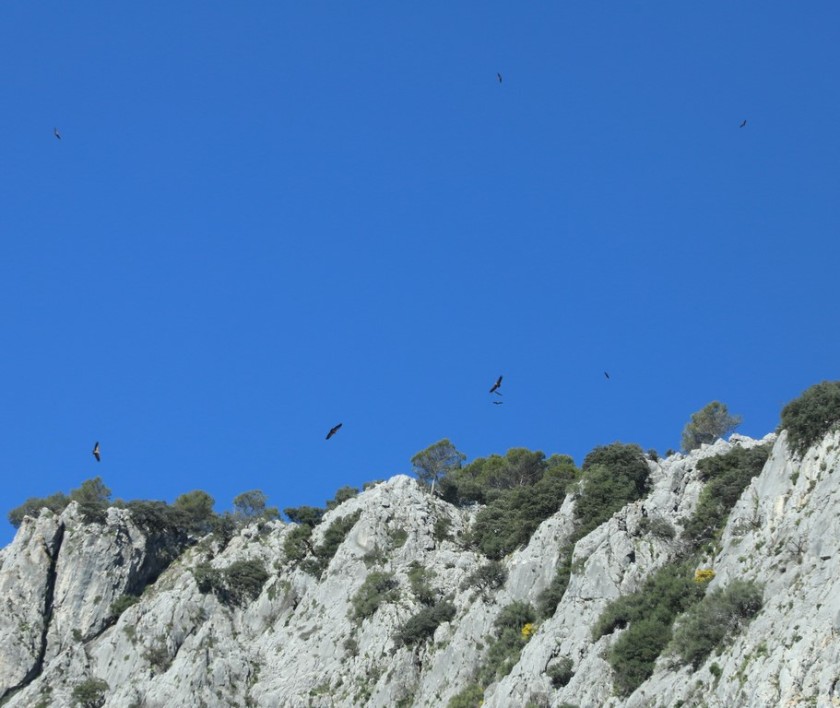 Our first stop is made in the company of goats that roam free in the hills. Rather cute, but they can unfortunately graze through interesting flora. Traditional farmers move animals around to allow flora to regrow, but on some of the larger and more intensive farms, the ground is almost totally bare… 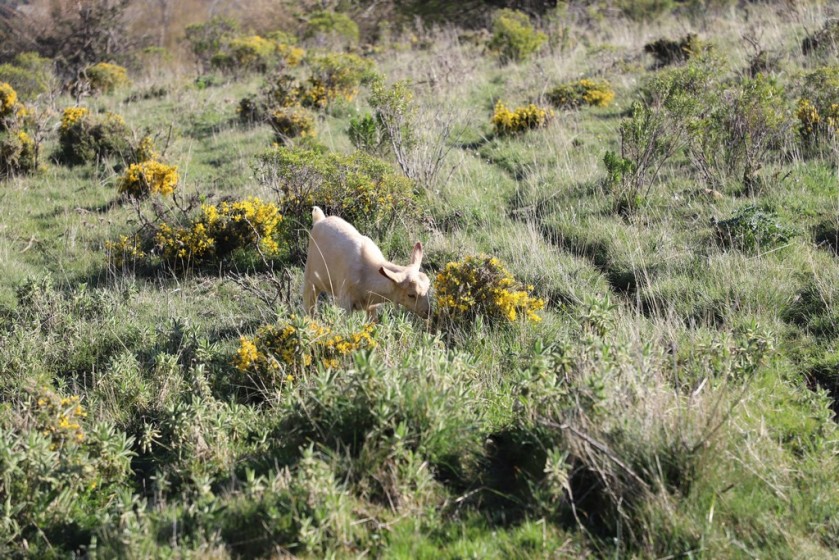 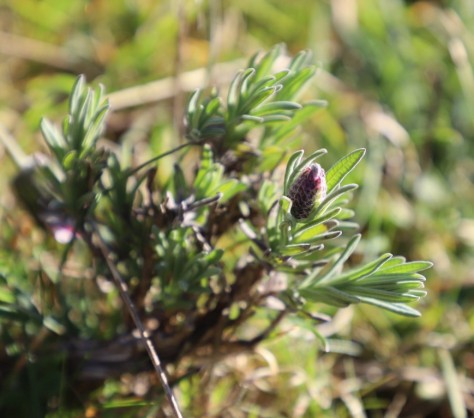 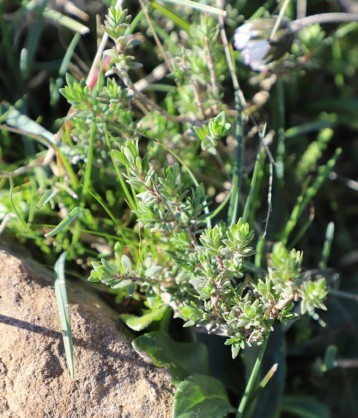 In spite of the dry weather, most of the site is still fairly wet, with springs bringing moisture to the ground. Among the spiny brooms and the goats, we find the stork’s bill Erodium primulaceum, Ficaria verna (lesser celandine), Bellis sylvestris (like an English daisy on steroids…with larger, taller flowers), fineleaf fumitory (Fumaria parviflora), and a fine example of pink knapweed, Centaurea pullata (not sure why this isn’t grown as a garden plant, it’s a beauty with deep pink flowers 7-8 cm across). 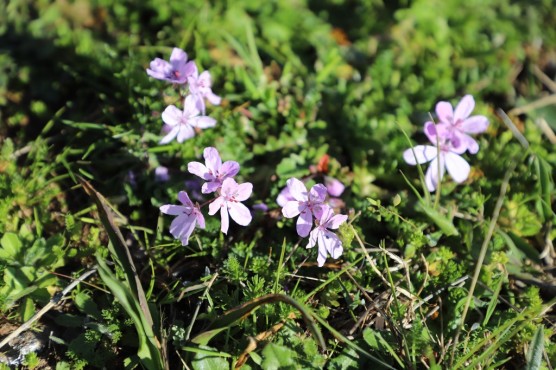 What we’ve come to look for in this field though is a population of hoop-petticoat daffodil, Narcissus bulbocodium, with its characteristic hoop-shaped cup. No taller than 15 cm, they are striking little bulbs often grown in alpine rockeries in Northern Europe. They do naturalise well in lawns, and it’s not difficult to understand why, when one has the chance to see them in the wild. 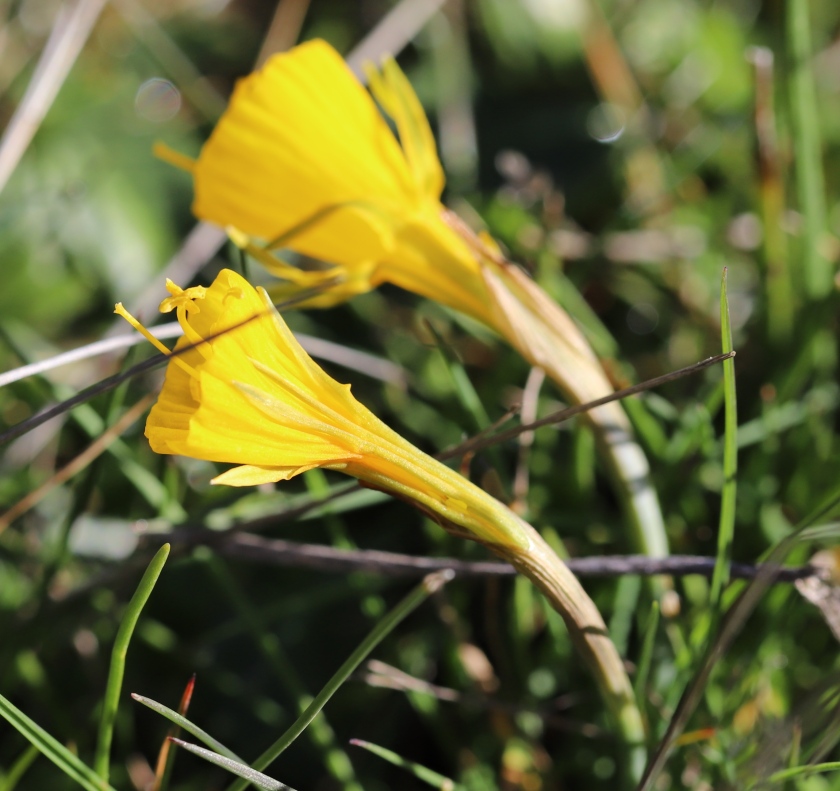 The hillside is dominated by hawthorn, which, quite strangely, has retained its red berries all winter (new leaves were just coming through). Not many birds enjoying them it seems!

Along the roadside, there are plenty of birds though. Corn buntings and chaffinch like perching on dry Echium stems (possibly Echium boissieri, a local endemic). In one of the spikes I spot an Egyptian locust (Anacridium aegyptium), but she jumps on the ground before I get a chance for a nice shot (sigh, why do they always do that..). Despite the name, they are a Mediterranean species, and one of the largest grasshoppers in Europe (a good 7 cm). 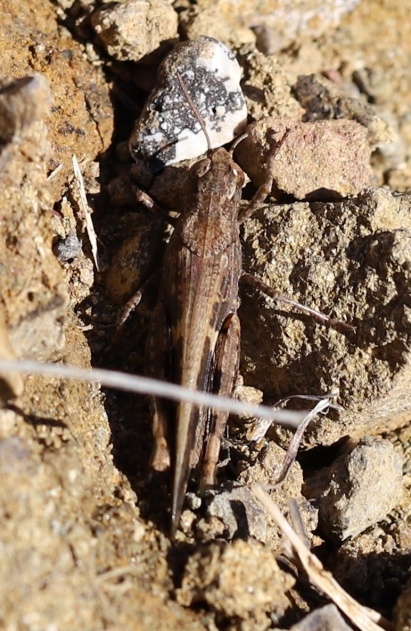 Among the grasses, there’s hundreds of sand crocuses (Romulea bulbocodium), a distant relative of true crocuses. Romuleas are so common in some sites that it’s really hard not to walk on them! 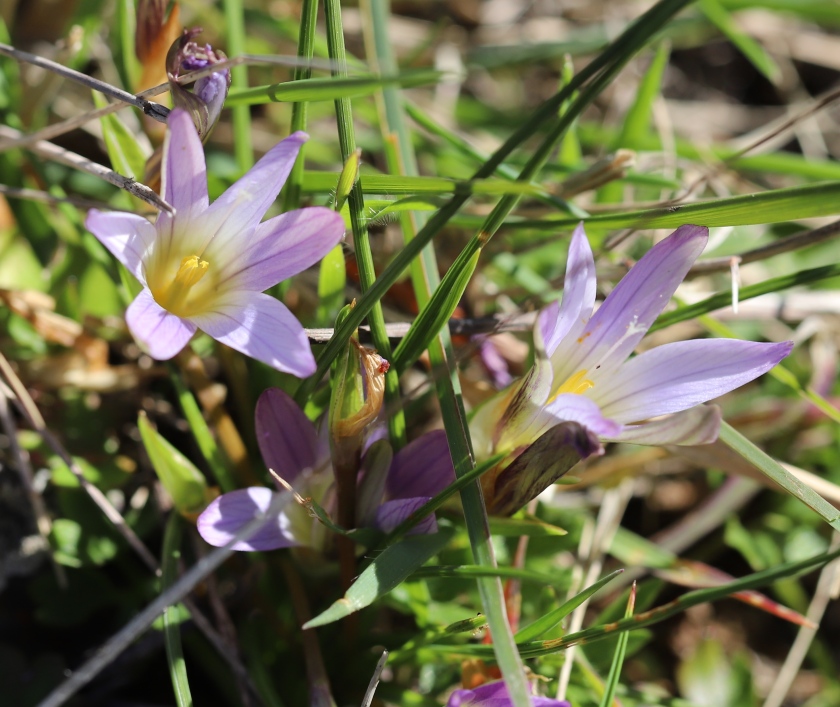 Along the road from Grazalema to Ubrique, we make a stop to look at another meadow Narcissus species. It’s not difficult to understand why the Iberian peninsula is considered to be the center of diversity for daffodils, with 90% of species thought to occur there. This time it is the much taller and larger Narcissus flavus (also known as Narcissus blanchardii or Narcissus fernandesii, depending on which taxonomist you talk to…). 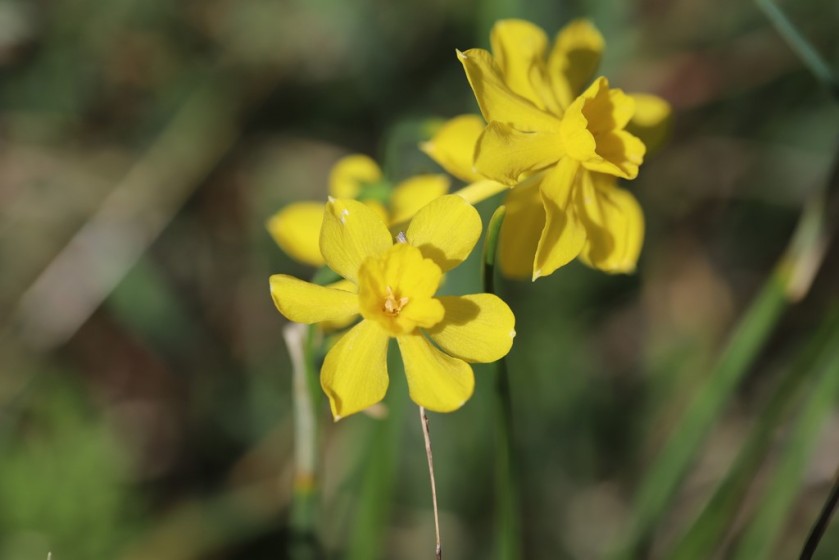 The meadow where they are growing is fenced, but we get plenty to see on the roadside. There’s some colour variation too, I particularly liked this paler form. It was a blowy day as you can guess from the pictures.

After a couple of hours basking in daffodils, and as we were heading off, we had the pleasure of witnessing a couple of stonechats dancing on barbed wire.

If you enjoyed this, stay tuned for more daffodils (there will be other plants, for those of you who don’t like yellow). I want to apologise in advance to birders among my readers though. This is the best bird picture I got on the trip, having stupidly decided to go light on the camera lenses. Never making that mistake again!